Under ground, over ground filming are we 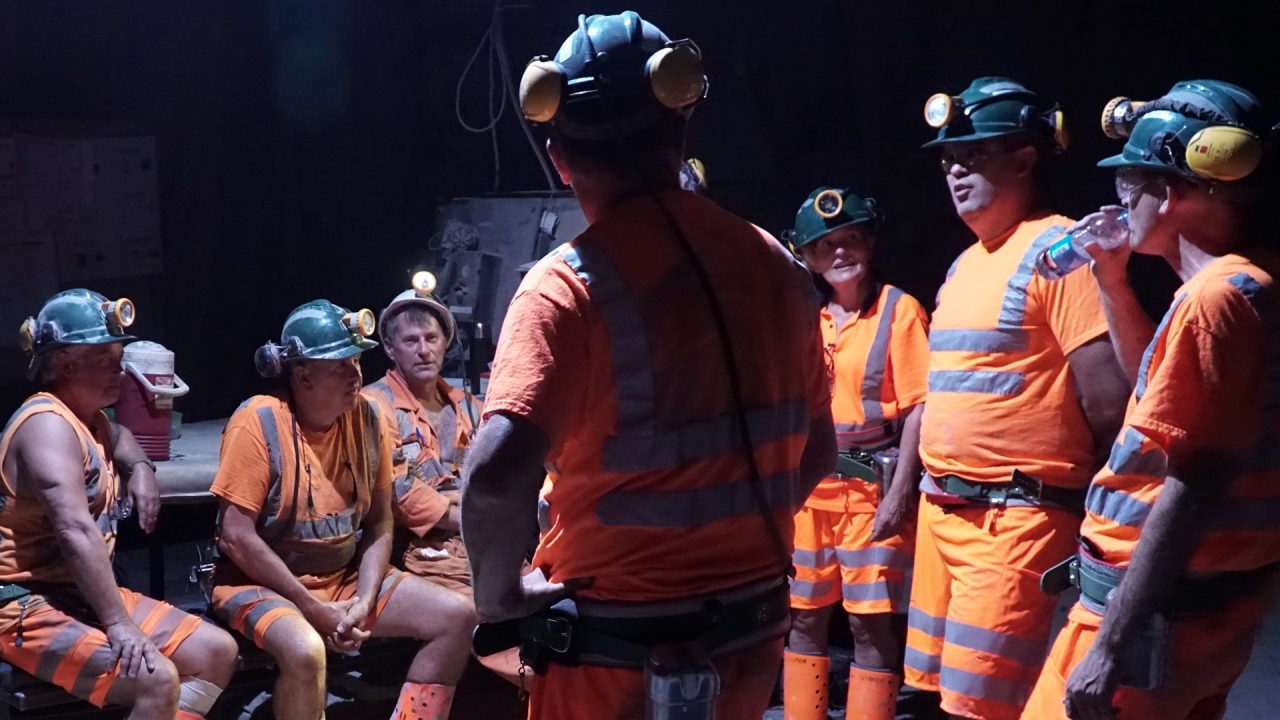 Months of work of planning, filming and post production have culminated in the release of our latest film commission. It is the incredible story of the UK production of a natural fertiliser used by farmers in the UK and in many other parts of the world. It’s a film that took us to great depths, lengths and heights to capture.

Farmers need fertiliser. We were thrilled to be invited to make a film about a unique, natural fertiliser that is becoming increasingly popular with farmers who want to achieve precise, balanced and targeted crop nutrition. Naturally, the first question is where does it come from? The answer is below ground. Deep below ground.

Mining the depths of our technical skill

The mine, at ICL Boulby UK, on the spectacular Yorkshire coast, is where the story starts. On the surface we had to learn the basics of mine rules and safety. We had to be kitted out in all the gear and then with our minders and guides and a trolley load of our cameras, lights and more we headed down. 1200 metres down. It takes seven dark, noisy, rattling minutes to descend in the cage. From there it is 7 km to the face where the polyhalite (which is marketed as Polysulphate) is being cut from the rock.

In the gloom and intense heat (up to 50C!) we watched and listened and then filmed to capture the extraordinarily skilled and painstaking business of mining the rock and crushing it before conveying ready for hoist to surface. Every camera crew knows it’s not a good idea to take expensive and delicate gear where it is hot, humid and dusty. We broke all three of those rules.

Team work that makes the mine work

Everyone we met had an important job to do – and get on with. However, from the mining teams below ground we were shown only patience and kindness to help us get the shots that showcase their work and this important stage of the supply chain to get the nutrition crops all over the world need to grow well. Oh, and there was humour too. Lots of it.

Droning on about cliff edge shots

Up on the surface there were spectacular shots to get. Cliff edge flying is a challenge. As is the near constant stiff breeze – onshore or offshore, and sometime both simultaneously. But we kept trying. The results are a delight. The reveal of the mine from the sea over the cliff. The bright blue train loaded with fertiliser heading for the port. All worth the wait.

Lots of companies refer to shipping goods. With the Polysulphate story shipping means ships. Big ones. Luckily while the 27,000 tonne vessel Tian Lu came into Teesport there was a break in the wintry weather. Our time lapse cameras, up in a disused gantry, were perfectly positioned and poised to capture her arrival and loading and all the other surrounding activity in this major port.

All our efforts and the help we met from everyone in the fertiliser production has resulted in a collection of films. You can see the main Polysulphate film on the Polysulphate YouTube channel, and others as they are published. We hope that it informs and amazes you as it did us in the making.