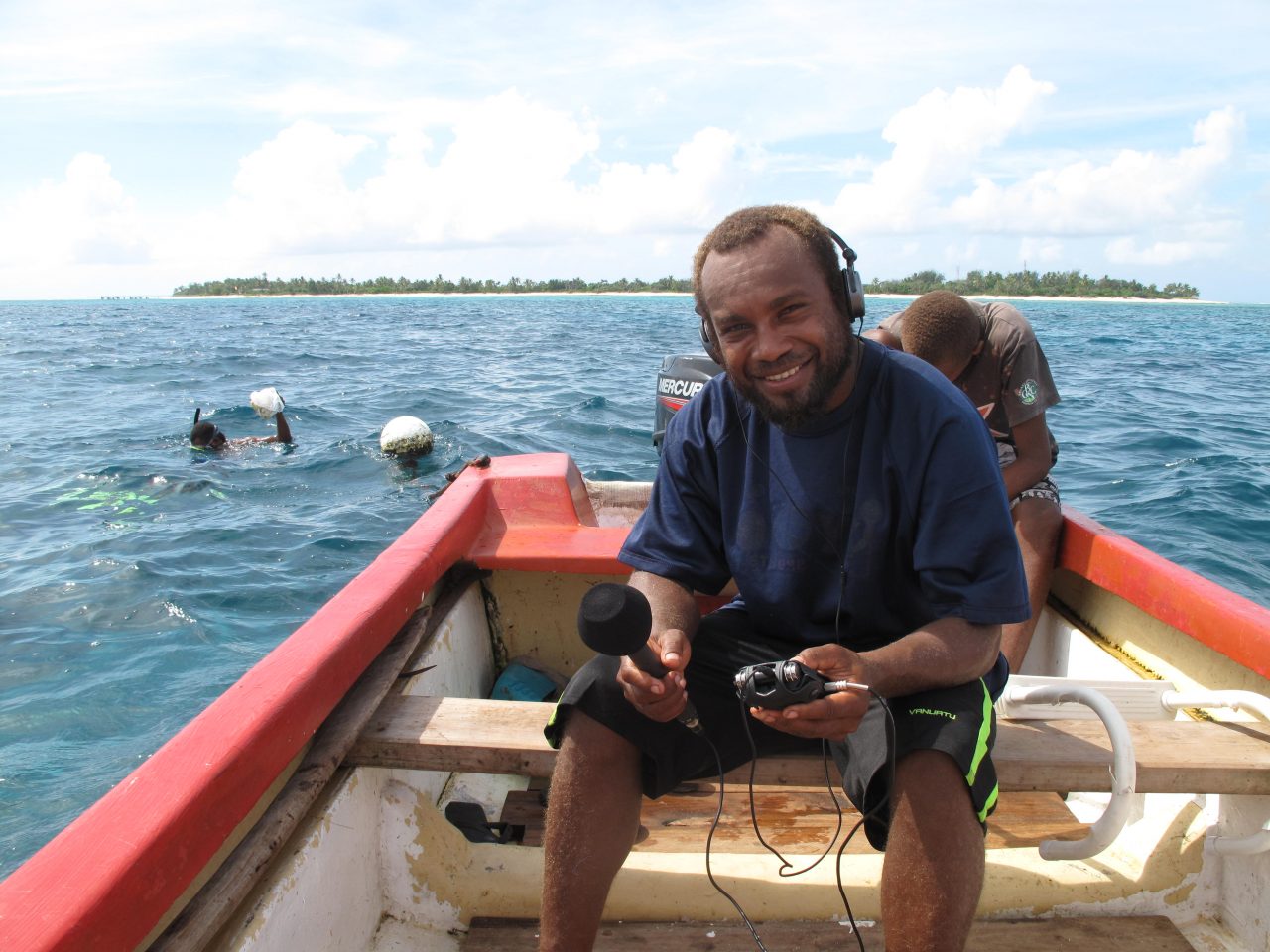 It’s months in the making. When people ask us how long our radio documentaries for BBC World Service can take to make that can be the answer: months. That is certainly true of our latest – AKA Mystery Island – which is being broadcast this week around the world.

getting inside Mystery Island Story 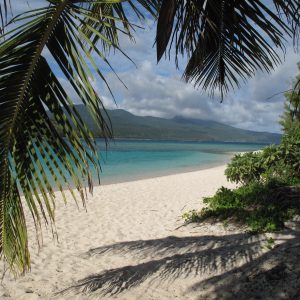 First there’s lots of planning, requesting and replying. Then there were days of travel to get to Vanuatu in the far South West Pacific. It takes a week embedded with the villagers of Anelguhat on the southernmost island of Aneityum in Vanuatu and many, many hours of talking with the community and others who needed to be consulted in order to carry out recordings with those villagers. Then on ‘cruise days’  I had permission to talk with the crew and the Captain of one of the great ships that came to call as well as with the passengers enjoying their day on little Mystery Island.

From wet waves to sound waves

Throughout recording for AKA Mystery Island there is a common sound thread: waves. There are waves on the shore, waves in the distance, waves on the hull of the boats that busily transfer islanders and day-tripper over to Mystery Island. And recording allows appreciation of the nature of every single type of wave and the exact sound of their movement and contact with surface.

Vanuatu is a sound society. By that I mean that the art of conversation is alive and well. I used to live and work in this string of islands in the South Pacific and can still converse in the national language of Bislama. This was a huge help in the programme-making through being able to be understood as well as to understand without needing a translator.

Sharing a love of audio 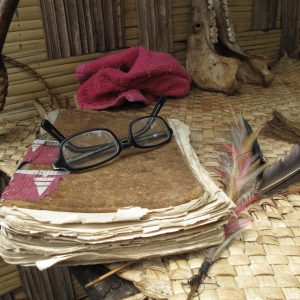 The art of conversation is alive and well in Vanuatu where books, apart from this much-used family bible, are scarce and digital is only starting to absorb peoples’ attention

It wasn’t only me doing the listening. I am happy to hand over the headphones – and even the microphone – to others. This job of radio-making is, at its simplest, just about listening. Not surprisingly lots of people want to have a go. And ask some questions.

It was Eddie Cefu’s job to take me out to glimpse the fabulous reef life that garlands Mystery Island. He was perfectly placed, see the featured image above, to do the recording while I jumped in to the sea, and ask me what I thought of what I saw when I surfaced. 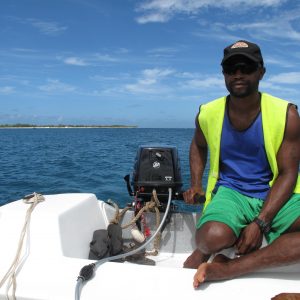 Sometimes it is the absence of words that says most. The pause when a cruise ship passenger surveyed the litter her fellow passengers had left behind on the island. The moment when ex trawler man Bruce Allen hesitated with his response to my question of how well he earned from three years incredible hard work on a Taiwanese fishing fleet in the southern Atlantic, because he had not returned to Vanuatu ‘with any of the money he wanted to pay for my dreams’. And finally the silence as Barry Nagia, one of the leaders of the community-owned tourism business that hosts now over 130 ships a year, composed his reply when I asked if he thought there was a future for tourism and Mystery Island now the next generation will soon take over his work.

Then there is the editing. Our style is to transcribe every conversation in order to carefully review and choose each extract. That is the first stage and can be done anywhere any time with the use of that simple and trusty tool combination of paper and pen. Next we copy those digital sections and edit them ready to mix together. Whilst it is me, Susie Emmett, that does all of those first stages it is then over to Green Shoots’ Patrick Harvey, the master of fine editing and mixing to craft the story together. We’ve worked together like this on radio programmes for a couple of decades now. And, despite the painstaking detail and creative ambition and deadline to work to, we enjoy the professional challenge.

Our loss is your – our listener’s – gain 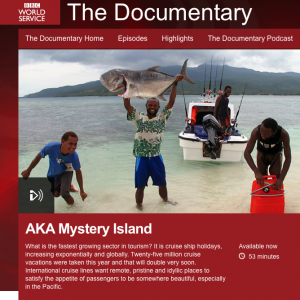 If we’re honest, we feel a sense of loss when we send away – digitally – a programme that we have worked with so long. It’s as if we’ve been left behind by a friend who will never return.

I am haunted – still hearing in my head all the voices in the programme but also all the conversations that, for one reason or another, could not make the final cut.  But AKA Mystery Island has moved on. It has joined BBC World Service output and is this week broadcast ten times by BBC across different time zones and then rebroadcast by partner stations on every continent. In just the first 48 hours after upload by BBC World of our portrait of the story on Facebook more than 60,000 people viewed that short film. Marvellously, Mystery Island is also available on line from the BBC World Service documentary archive for listening anytime, anywhere by anyone. Over time the programme will reach many millions.

We are getting great listener feedback, from Vanuatu, from Europe, from Asia, Africa and the United States. We appreciate that listeners take the trouble to get in touch.

It’s been our privilege to get you in touch with the ways that the global and exponential growth of cruise ship tourism is affecting – for better and worse – the remarkable people and places that are their ports of call. It’s thanks to the community that owns and runs Mystery Island, in Vanuatu, that they chose us to tell and share their story with the rest of the world. It may have been months in the making but when there is story like AKA Mystery Island to tell it’s well worth all the effort to tell it well.