Resourceful farming on the Equator in Kenya

Farm Manager David Jones is on the Green Shoots AgriTour in Kenya and shares his impressions . 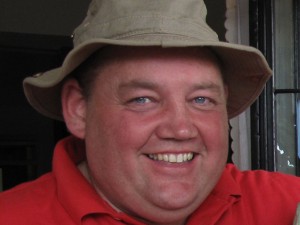 “The businesses in Kenya – KHE (Kenyan Horticultural Exports) at Ontilili and Finlays at Ibis Farm – that grow crops that supply UK supermarkets really impressed me with their attention to detail. They are producing crops to a high standard to meet the supermarket requirements despite some challenging conditions. Whilst sunshine is plentiful water is not. Water is collected when it rains then stored to use throughout the year. The water is used very carefully, to the crops requirements, using trickle or drip by drip irrigation so there is no waste.

The people farming on the equator have been very resourceful in using materials that are available. For example, in the nursery where millions of young vegetable plants are grown from seed ready to plant in the fields we noticed that the benches were made by weaving old irrigation pipe into a lattice: cheap and strong.

In the UK we often just go to local shops or builders merchants to buy new things. It was explained that it was sometimes very difficult to get spare parts for machinery and people with the expertise to maintain them. In many ways this ‘can- do’ attitude and resourcefulness makes the farming in Africa more sustainable than in the United Kingdom. 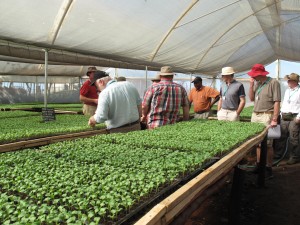 Nursery where millions of young vegetable plants are grown from seed ready to plant in the fields.

Rich and poor in Kenya

One thing that I noticed as we travelled around (over 900 miles) is the extremes wealth and poverty side by side. In many areas there is 50% unemployment. Typically each employed person has 5 dependants (children to look after and feed etc). It is interesting to learn how much people earn for their work but also how much things cost to buy. Many of the homes/ shelters /shops seem homemade of little more than some planks of wood covered by tin sheets. Although the climate lends its self to this type of structure compared to the UK they offer little in the way of security or privacy.

It was very noticeable how many people walk everywhere rather than driving a car or using a bus simply because they cannot afford to. It is important not to judge and compare the living standards with our own as Kenyans seen as content with their circumstances as people in the UK. Extremes of wealth and poverty are not uncommon in most towns and cities but often kept behind closed doors. 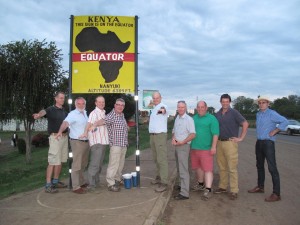 Standing on the Equator

Another thing I really enjoyed was crossing the Equator.

Watch this film made by Green Shoots in Africa on careful use of water on the Equator in which Kenyan Farm Manager Benson Njoroge explains how wisely he uses irrigation water.